Continuing the book collecting obsession into my Chinese studies, I have amassed around 20 books and courses in Chinese over the past 3 years. Of the ones I’ve purchased, borrowed, or been recommended by friends studying in China and Taiwan, here are what I can say are quality and useful to others.

If you buy only one book for Chinese, get this one. Easily the best book I have found for everything. It is split into two parts, Part A for the structure of Chinese and explaining all the grammatical features, and Part B for situational Chinese like how to describe things etc. Explanations are solid, provides tons of example sentences and everything is in Simplified and Traditional characters.

Strictly speaking, it’s an audio program, but Pimsleur is a great method for learning Chinese conversation. It’s also one of the best tools out there for getting an authentic sounding accent. You can try out Pimsleur for free by signing up for a 30 day Audible trial. Download the Chinese taster course here.

My friend in Taiwan swears by this series and he used this at his language school when he studied in Taiwan. He was on book 3 and was at a very impressive level of Chinese. Comes with CDs and has workbooks if you want them. Only Traditional characters and starts with teaching you Zhuyin, but also has all the sentences in Pinyin as well. I am on book 3 now also and have to say it is my favorite course book.

This was actually the first book I used for Chinese that a friend recommended when I was starting out. A solid beginner course that is lesson based and comes with CDs. Spent a good bit of time with the pronunciation using this one. Another good option if you are looking for a starter course. Also has an intermediate book as well in the series.

If you want more of a course-type book this series is a good introduction. I did the first book in their series using Simplified Characters. Concise and nicely organized. Would recommend it as your first introduction to Chinese and Chinese characters. Especially good if you like the dialog lesson format. Comes with CDs.

Bought this one when I was in China. It goes at a faster pace than the above course, but would still say it is good for beginners. Either one of these are a good introduction course. No CD though, so take that into consideration.

For working on speaking this is probably the best starter course. Harold Goodman does a good job of introducing the tones with concept of colors as an aid for remembering them. I love the Michel Thomas method and have used this series for other languages as well (French, Russian and German!).

Remembering Simplified Hanzi: Book 1, How Not to Forget the Meaning and Writing of Chinese Characters

I don’t actually own this book but I’m a big fan of the method and used it to learn all the Kanji in Japanese with the original “Remembering the Kanji” book by the same author (see my Japanese book reviews). Comes in Simplified or Traditional versions.

Since I did Japanese before Chinese, I had already done my time learning 2000 characters, so I don’t actually own this one either. My friends at a language school love it though, and the method sounds very similar to the “Remembering the Hanzi” mnemonic system. So I would just pick either one and stick with it.

A good overview of the Chinese language. I personally would buy the Modern Chinese Grammar over this one if I could only choose one, but that one can be intimidating since it is rather thick and does read a bit like a textbook with alot of explanations using grammatical terms. If that puts you off and you want a gentler overview of Chinse, but still with solid content, I would recommend this one.

24 thoughts on “Our 10 best books for learning Chinese” 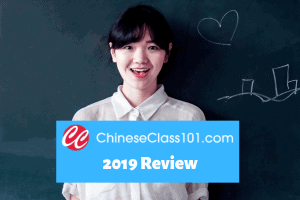 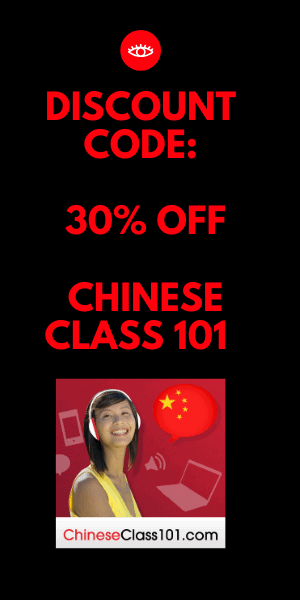 The Best Black Friday Deals For Language Learners in 2022

Over 50% Off
X
We use cookies to ensure that we give you the best experience on our website. If you continue to use this site we will assume that you are happy with it.Ok